Once again, we got no excuse for not keepin' y'all up to date with the machinations of the Neil Creek Conglomerate, but you knew that. We're just lazy, and we pretty much forgot about this end of things all fall. The old blog was lettin' the Edust settle pretty hard, so we figured we would haul it out and dust it off for the holidays.

Fall brought about a couple of fun excursions into places that actually have fish around more than 6 months out of the year, so once we get around to seeing if any of the pretty pitchers we took while on out on vacation actually have anything worth seeing, we'll let you know.

In the meantime, here's one from the last good day on the home field. 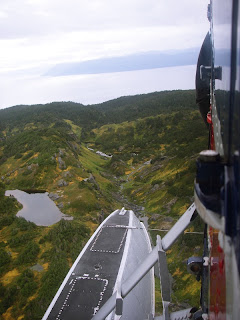 In other news, we seem to have developed a fetish for old reels of the clickyclicky persuasion. Some of you may recall our stance on those to be rather brutish and uncouth, but we gotta admit that they are fun as hell, the main reason being that they are so damn annoying to a fellas fishin' partners.

We just adopted this one. 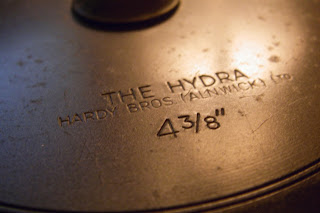 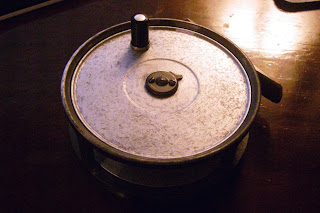 Sure, it might look like the previous owner used it to feed his dog from, but for the price of one wading boot, we'll take it. It has the 3 5/16" foot, which is a pain in the ass, but nothin' a fella can't take care of with a hacksaw and a little gumption.

Happy Christmahaunakwanzaakah, kids. We'll try to be around a little more after the holidays, but as usual we can't promise nothin' - after all, RoadTrip '12v5.1 commences in a little under 36 hours.