After a long drive and a short boat ride, we returned to our latest folly. A few nights a week have been spent way the hell out here, donating our pound of flesh, only to lose the single fish we seem to hook every trip.

We were beginning to wonder if it was the same fish, over and over, sent by his buddies with the sole intention of messing with our head...

"You see that guy? He's been up there for HOURS...Larry, go bite his fly."

"Don't worry, Larry. Just put up a good fight for about 10 minutes, then throw the hook. Just like last time."

A fella can get a little delusional, standing in a cloud of no-see-ums so thick you can't breathe through your nose. We imagine these little conversations that the fish are having, we ponder pointless questions (does our hippie bug spray really work, or does it just make hippies feel good?), and we generally zone out. The steps come, even though they aren't necessary. By force of habit, the "cast one, step two" happens, part of the now-ingrained ritual. Strip, step, set, huck. Move, mend, mind off.

We're pretty sure that the bugs don't bother us much because they think we might be dead. Slow the pulse down, don't wave and shoo them like a little girl, breath slowly and sort of shallow...let them cloud around you, but don't react. It's tough, but when you are in the fish trance it sorta comes naturally. 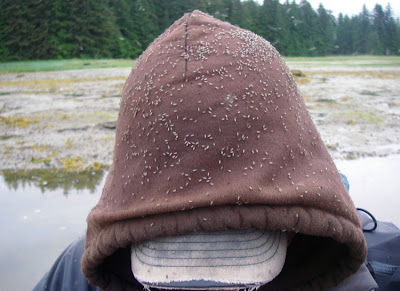 Each and every cast has a grab in it, somewhere. That's the way you fish it.

When that grab comes, all hell breaks loose, even though you were expecting it. The next quarter-hour becomes a dance in which you feel woefully undermatched, a bumbling spastic with two left feet trying to follow the lead of a fish with more slick moves than Travolta in Saturday Night Fever. These fish don't wear out, they seem more to give in, and their blistering runs after bumping their belly on the gravel are ample reminders that this isn't playing, this is a fight.

If you have said your mantras, washed behind your ears, and lived right, you might land your fish. More often, you will make a few mistakes and eventually the fish will swim free. If you do it right, there is a moment in the fight where your dance partner seems to offer itself up to you, a temporary lapse in the will of the fish, a recognition of a worthy adversary. Do not squander these moments. 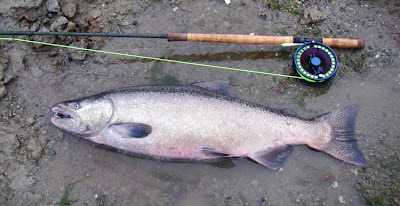 When it is all over, you feel the flood of relief, an abdication of the stress of the dance. Dispatch comes quickly and with respect...remember, this is meat you are making. The proper rituals are observed, the fish is made comfortable, and once again you submerge below the surface, into the fish trance.
Posted by G_Smolt at 10:41 AM No comments:

RoadTrip '10 v4 is now in the books, and we're not really sure if things are ever gonna be the same again.

110 hours on the big river, and we got our fish on for damn near 70 of them. Thanks to Major Tom, we had a spiffy cabin with a 2-burner AND a 2-holer, plus a beer-holding thingy and a nice comfy chair. We also got the 1760 with the 60 Etec, which is a pretty skookum setup even though it steers like a wounded cow in the slightest crosswind. Once we got the Narwhal to not lean all over the boat when we were in delicate low-water channels, things were good. 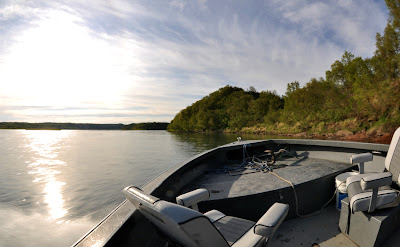 Our chapped and sunburnt head is healing nicely, thanks...only a few more days and we may be able to take the bandages off and not look like Joe Merrick on a bad shaving day. We are regaining the weight that we lost on our 800 calorie diet, and the taste of Rainier is just now leaving our fuzzy tongue. 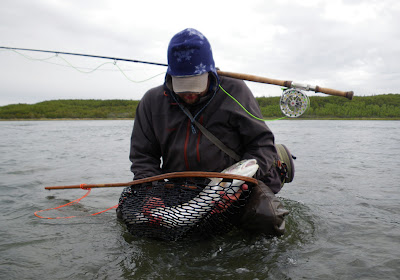 the SmoltySnack - The murder weapon when doing the dead-drift to swing that the big fish like. The biggest fish we landed chewed on this fly, and a few other hoggish specimens that we did not get to meet fin to face also took liberties with it as well. 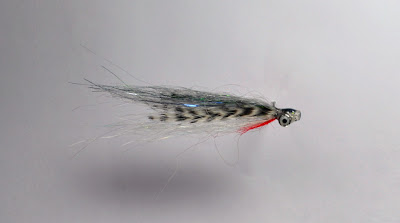 the Feeding Tube - Not just lean n' mean, this fly is skinny and pissed. Good for choppier, faster water where profile and color matter more than detail.

the Neil Creek Slider - 142% badass skater. Quarter it downstream, make a nice upstream mend, chug it a little, and hold the hell on. Although you get a lot of players, this isn't the fly to fish if you want a high take/land ratio...Still fun as hell to raise fish with, tho - check out the teeth marks. 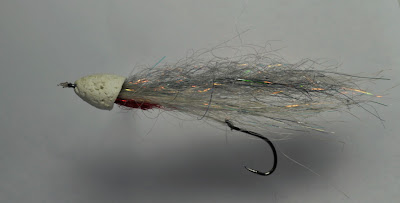 the Darkness - Full and wiggly underwater, comes out with t-10 like it was shot out of a cannon, this is the future. 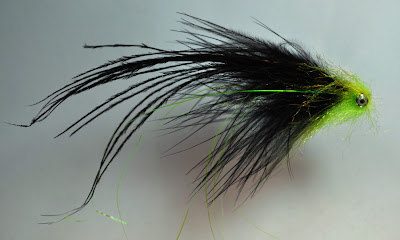 King game is on now, dollies soon to come...but our head is still stuck in the Northland, and we have just over 3 months til we go get it back. 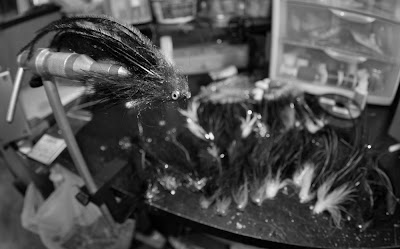 After weeks and weeks of preparation, hours of fly-tying, and entire days spent fiddling with gear, the time is now upon us. We're pretty sure we got everything, and now all there is left to do is to wait. And lemme tell you, we suck at waiting.

All we can think about is fish. Big fish.

The flies are done, the lines coiled, the rods packed...only 91 hours, and it will take every ounce of willpower we have to not go insane with the wait.